Since quarantine began things have been shifting, evolving, and seeping into each other and I don’t feel like anyone has had a chance to keep up. It's everything all at once. By the time you really wrap your head around one situation, three more are dropped onto your plate. It makes everything feel so dense and it adds static to things that once seemed clear. I started making these drawings as a way of processing. I had built some ambitious expectations for myself regarding how “creatively productive” I was going to be during quarantine. I realized how much studio time I would have and saw the pace that other artists on social media were generating work and decided to take on some bigger, long- term projects I had been putting off. The biggest, finishing a self-published comic I've been writing for over a year. It started well-intentioned, but I was too focused on the end result and what its potential success would be and started getting overly critical of everything I was drawing. The studio time that felt liberating at first, became a place of stress. After an anxiety-induced block, I took a break and started messing around in my sketchbook. I was drawing these faces that I like to call “spitfaces” and while doodling I messed one of them up so I quickly moved to another. That kept happening and it felt like the same rut I was in with the comic, so I tried to push past it. I started repeating that process of drawing the faces loosely, quickly and not worrying about anything but the basic details. I layered them until the page was full. I kept coming back to this process as a meditation before working on other things. I started to control little things like the color palette, scale and density of the lines, but never the faces themselves.

When I’m making them, I’m able to focus on things beyond my art and start to break down that back log of feelings. I can reflect on how my emotions fit into my experiences and what I need to do to grow and adapt. I thought they would be a good fit for this show because to me, they represent making things for yourself without expectation and letting go of little things in order to see the beauty of how everything comes together.

Connor O'Rourke is based in Easthampton, MA 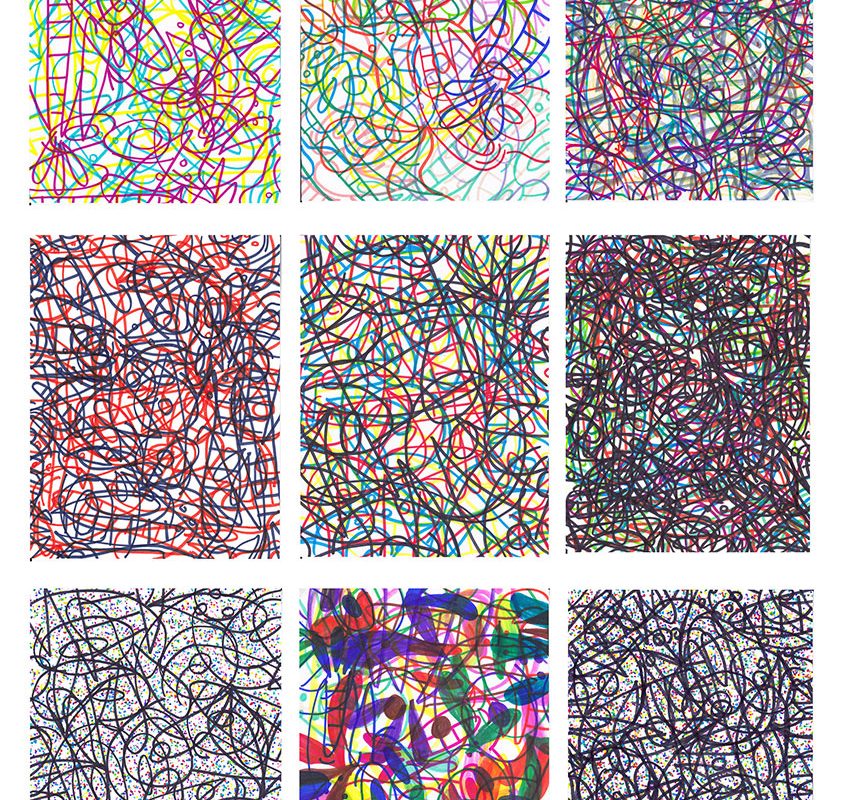 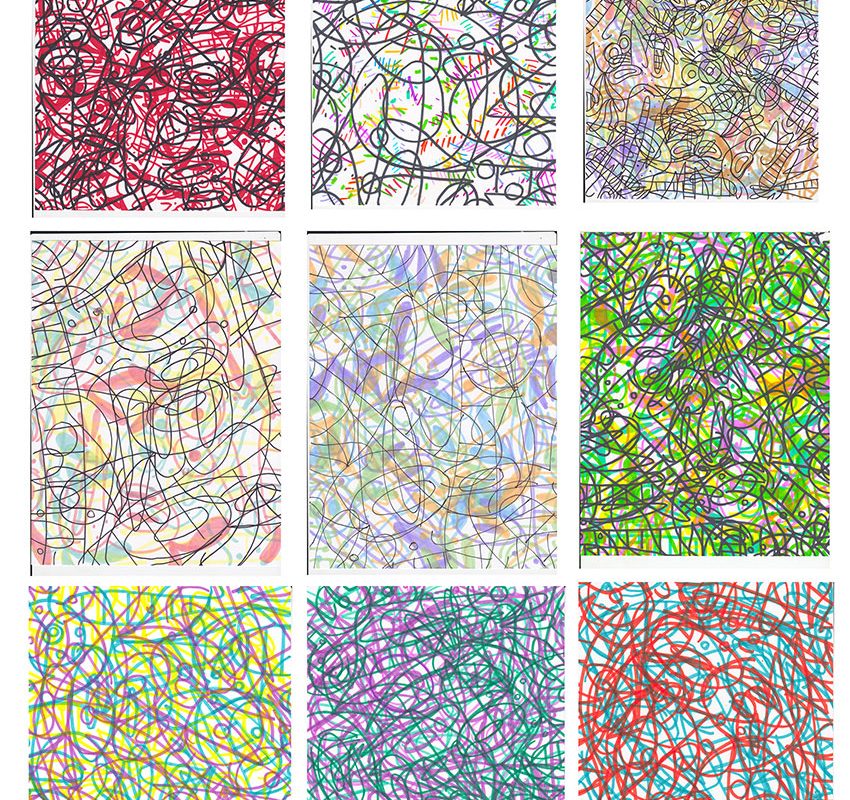 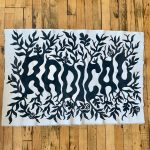 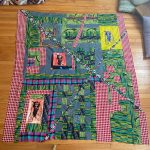