At the corner of Union Street on Chapman Avenue, Nancy Howard’s mural captures the mill landscape of Easthampton. 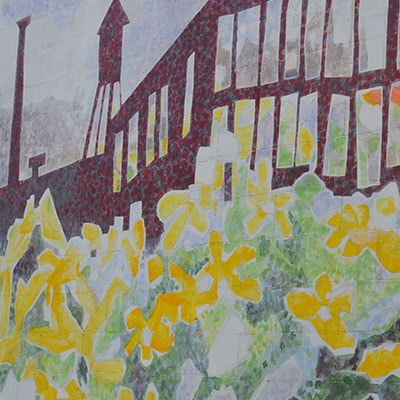 Located at the corner of Pine and Cottage Streets, this colorful mural envisions the Nashawannuck pond wildlife. 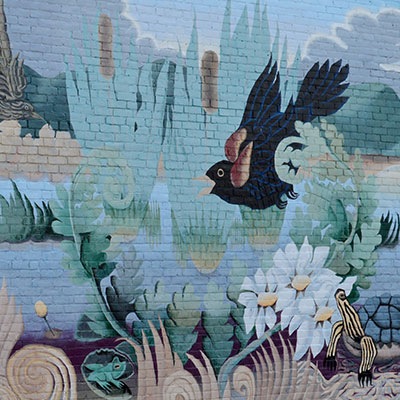 ECA+’s first mural project is located next to a central parking lot in the Cottage Street Cultural District. This highly photographed mural is a placemaking visual that exemplifies the cultural scene of Easthampton. 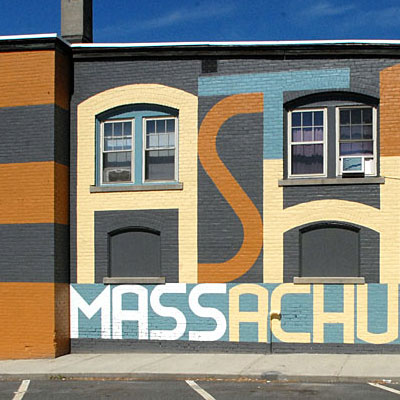