An exhibition of handmade masks by Beckie Kravitz.

My vision as a sculptor draws its inspiration from the theater and opera, where I have worked as a mask-maker and makeup artist for over 30 years. In making masks for theater, I created artworks which, when combined with a living body moving under lights, revealed fascinating and often unintended dimensions of the sculpted faces. As I watched my masks come to life on the actor, I became intrigued with the notion of the “interface” — that point where the face of the actor meets the inner surface of the mask and is transformed into the character. This led to the creation of a series of sculptural (non-wearable) masks in which this inside surface becomes a canvas for elucidating the thoughts, history and personality of the individual depicted in the sculpture.

Concurrent with the evolution of these behind-the-mask portraits, my sculpture expanded to include full figures, some of which incorporate masks in variety of metaphorical functions. My theatrical background led me to consider both what is behind the mask, and what goes on “behind the scenes” of the characters we play in both public and private moments. I strive to portray the gamut of human feeling, captured in an instant of time.

Beckie Kravetz studied mask making at Yale School of Drama, and with master craftsmen around the world. She was the resident mask maker for Los Angeles Opera, and has designed for theater, opera and film. Beckie’s masks and sculptures have been exhibited nationwide. She was a Fulbright Fellow in Spain. 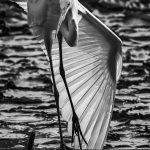 A Nature Song by Fernando Molina 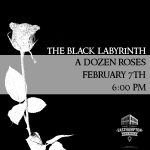