I have interpreted a large embroidery of the historic ship Mayflower in mixed media marking, 400 years since the English pilgrims sailed to establish a colony in the Americas.
My purpose is to depict the loss of an indigenous culture that was threatened, displaced and virtually destroyed. The pilgrims were not bad people. They soon needed more resources and fought a war to obtain them. The following four centuries of war, violence, exploitation and racism define American history.

Doris W. Madsen is based in Easthampton, MA 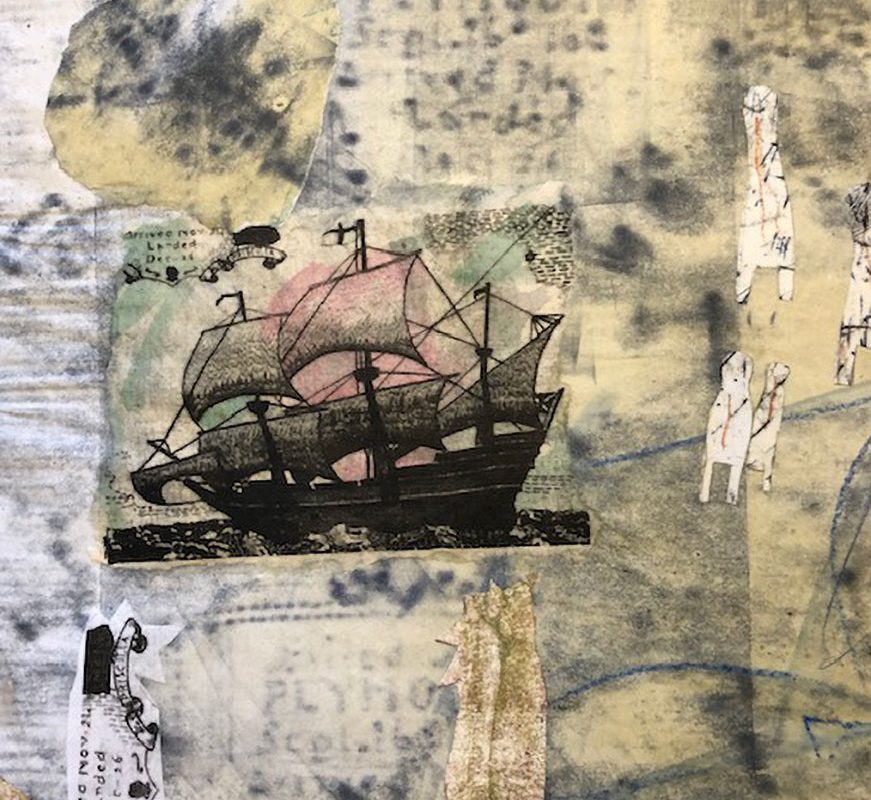 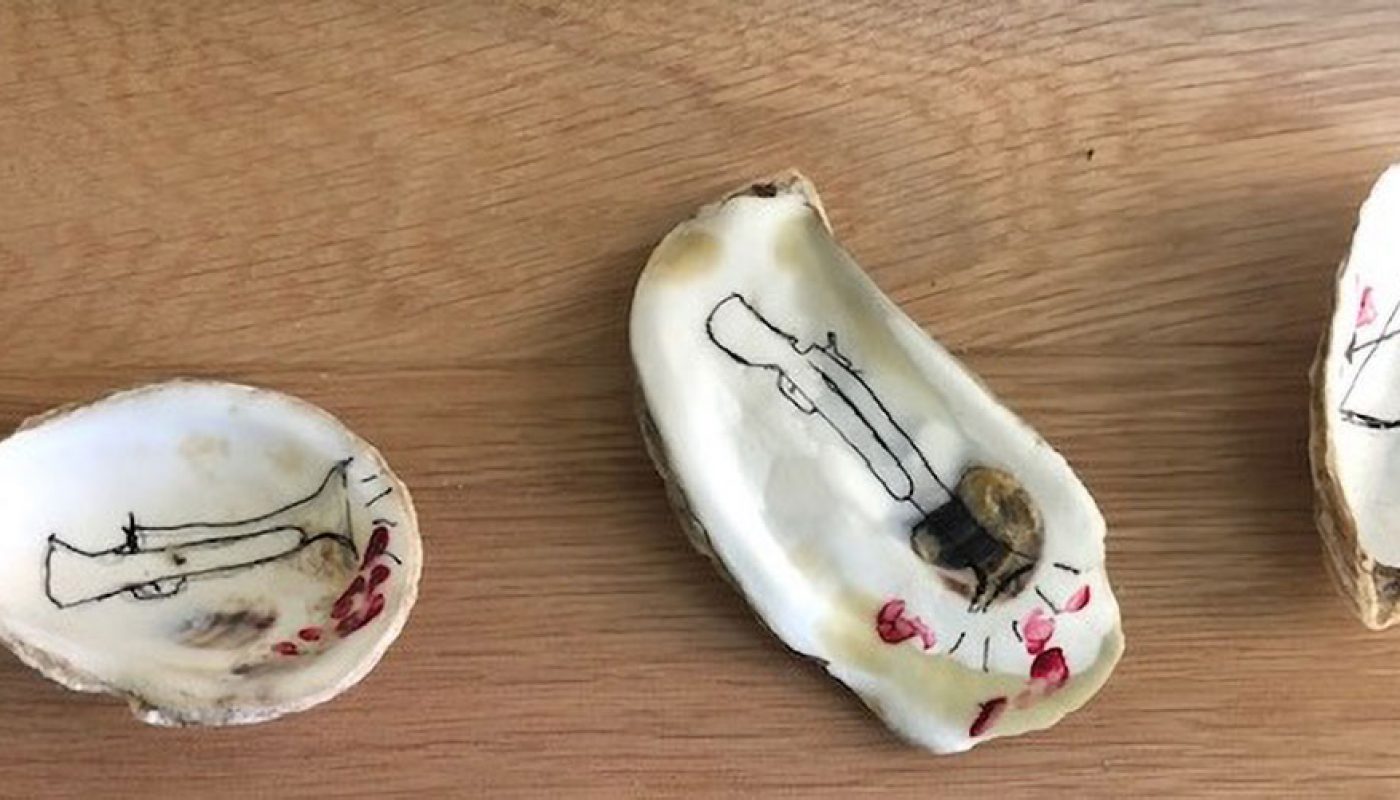 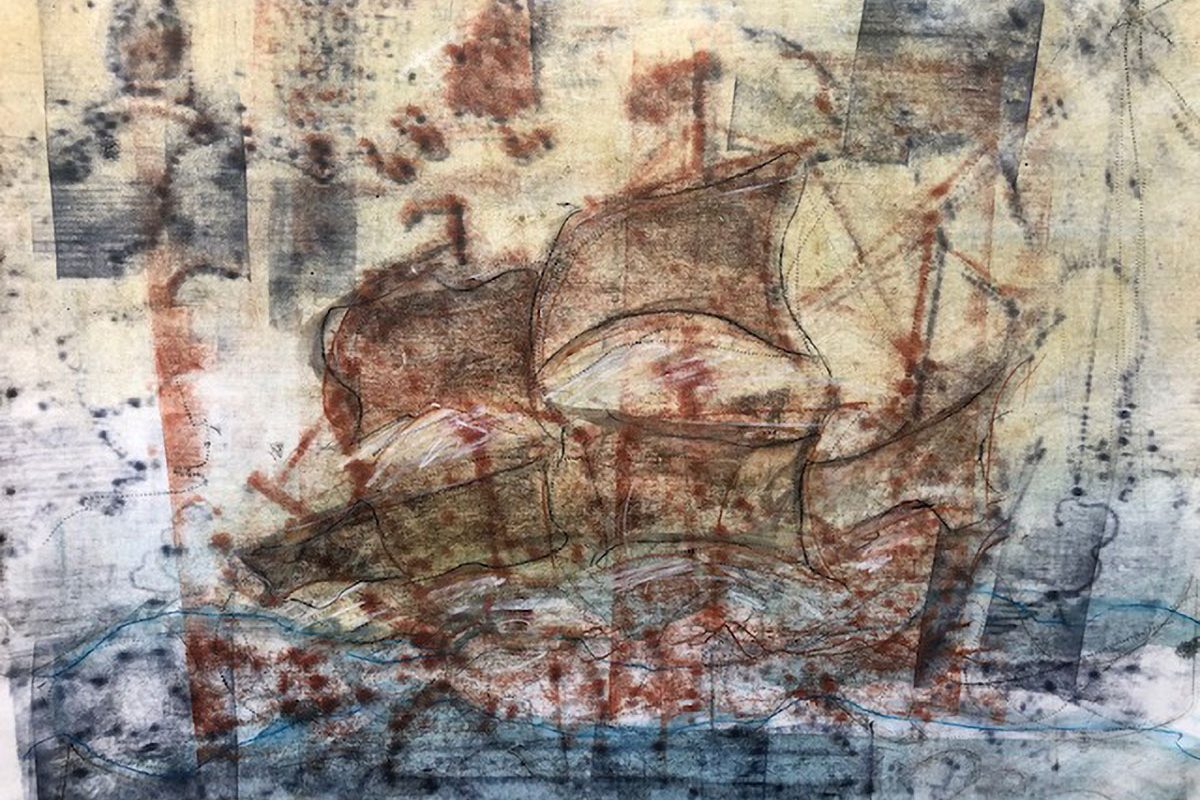 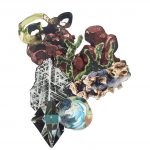 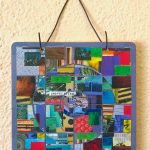